The upcoming launch of our Sesderma Shanghai office, on Saturday 20th April, is in keeping with our intense internalisation plan.

On “Single’s day” 11/11, better known as the Black Friday of Asia’s giant, Sesderma beat its sales record in China, reaching a figure of almost six million euros in comparison to last year’s 1.2 million. Our products have conquered both women and men with a demand that increases sales exponentially. This endeavour and commitment from our part was compensated by Alibaba’s recognition of the registered sales last year in China: 8 million euros in 10 months.

Our President and founder, Dr Gabriel Serrano, collected the award presented by the e-commerce platform T-Mall, from the Alibaba group. The quality, design and innovation are the main qualities that call the attention of the Chinese public towards our products, positioning us as one of the largest Spanish cosmetics labs by business volume. A commercial success in a sector with massive competition in the Chinese market.

In 2008, Sesderma was the first laboratory to introduce whole lines of products developed with nanotechnology. This meant a revolution in the sector, because nanotechnology is what best guarantees the action of ingredients deeply inside the skin’s protection layer. But where did the idea of selling in China come from? China is the largest market in the world. Penetrating it is complicated, but once you succeed, the opportunities are endless” Dr Serrano explains emphatically.

China’s heart-felt passion for Sesderma products has propelled the company’s turnover considerably in the last four years: from 33 million in 2014 to 80 at the close of 2018, that is a 21% increase compared to the previous exercice. These extraordinary figures have been key in situating Spain among the country’s top providers.

The Alibaba prize recognises our efforts in internationalisation strategy, which we’ve been fostering from our inception in 1989, with a very positive evolution. On 20th of April, we will celebrate the launch of our office and flagship store in Shanghai’s city centre hub. 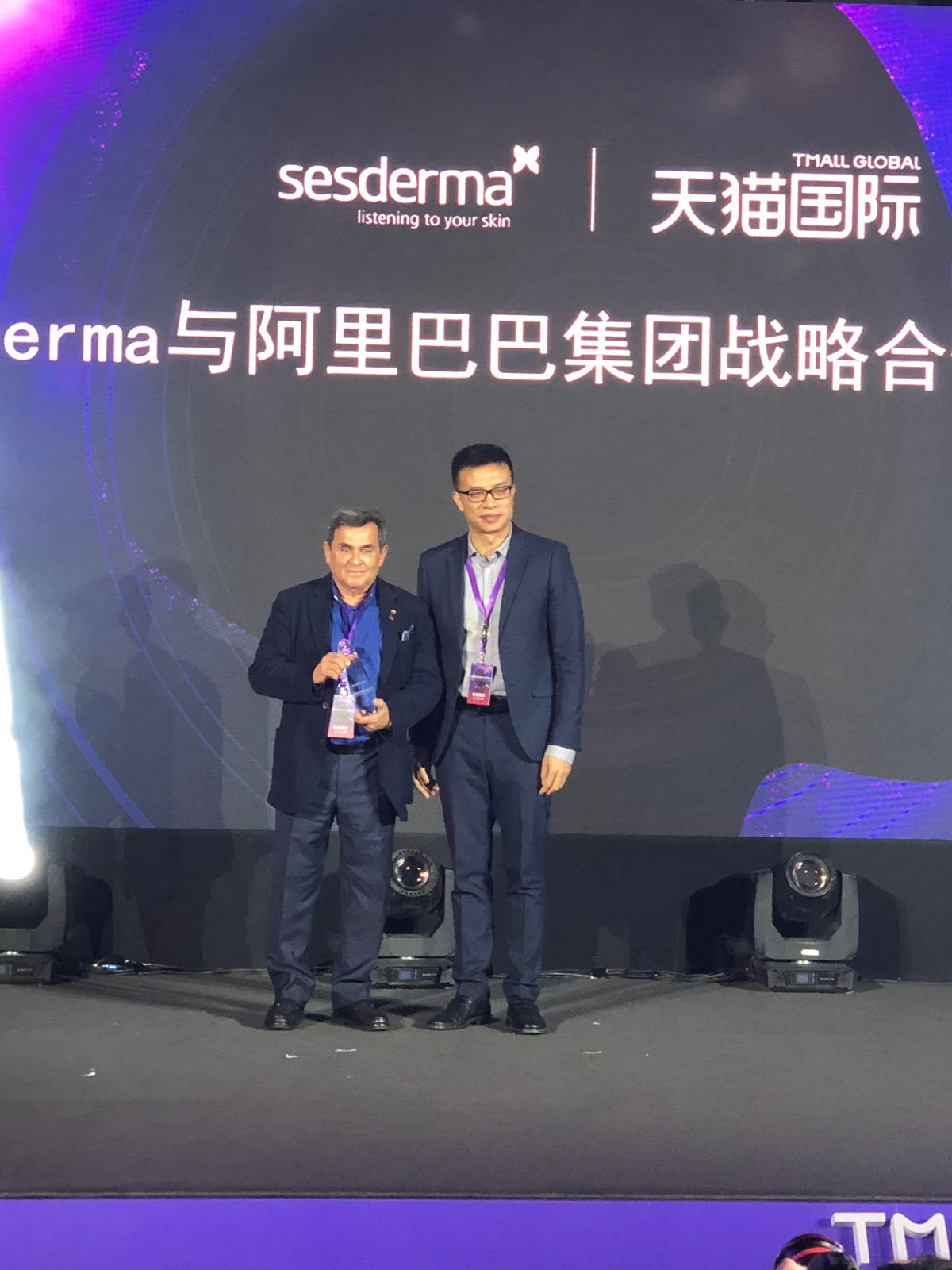 Coinciding with the 30th anniversary of our foundation this year, we intend to further our ambitious expansion plans in Asia, China, India and Indonesia, and consolidate our current markets.

With more than 20 subsidiaries in strategic markets, an expansion we began in the 90’s, the last ten years have seen Sesderma embark on an intense international presence. We’re now setting our sights in Southern Korea, where we’re conducting several projects concerning technology transfer for the distribution of the botulinum toxin and hyaluronic acid fillers.

Until now, all production has been set in Spain, but we are investing in new solutions and logistics centres to continue to satisfy the growing market demand, especially in Asia, where the cosmetic sector is expected to be the most prominent in 2020, according to data from the ICEX.