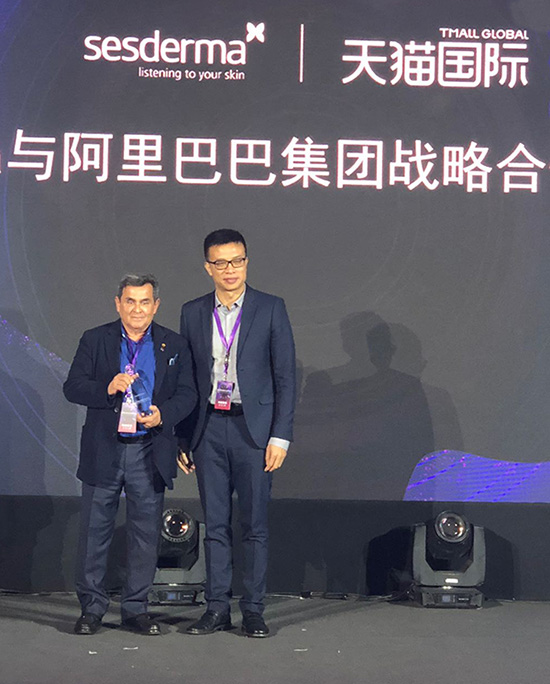 Sesderma has received an award in China for sales registered in this country during 2017. In as little as 10 months in the Chinese market, Sesderma has achieved a turnover of 8 million euros, which makes it the first of the Spanish dermocosmetics laboratories established in this Asian country.

These sales now account for 12% of total exports, which makes for a very optimistic future for Sesderma in a very competitive Chinese market.
The president and founder of the company, Dr. Gabriel Serrano, received this award at an event organized by TMall (a platform operated by the Alibaba Group and dedicated to online retail).

TMall is focused to local and international Chinese companies wishing to sell their products to consumers in mainland China, Hong Kong, Macao and Taiwan.
This award to Sesderma is a recognition to its internationalisation policy and an invitation to strengthen both its presence in China and its digital positioning.

China will be the main cosmetics market in 2020, according to a report by the Economic and Trade Office of the ICEX. Even if Spanish exports are in 19th place in the global ranking of exports to China, the country’s positive evolution, with a 60% increase in the last two years, is truly remarkable.